AURA provides The Courier Guy with a solution to protect its drivers & packages anywhere, anytime – through their innovative safety marketplace

Couriers are living in fear for their safety. South African Police Service crime statistics show that four courier vehicles are hijacked every day in South Africa, and with online shopping booming and the number of courier vans, cars and scooters on the road growing, this is a serious concern for the e-commerce industry.

In addition to putting driving staff in danger, crime targeting couriers can cause damage to e-commerce business, both financially and reputationally. If these hijackings and thefts continue to increase, driving up insurance costs and creating a need for armed escorts, delivery costs will rise and inevitably reduce the appeal of e-commerce for consumers and businesses.

About The Courier Guy

One of South Africa’s leading courier service providers, The Courier Guy (TCG), has come a long way since modest beginnings in 2000, with one guy on a motorbike doing a drop off as favour for a friend. Today the company has a network of 162 Kiosks nationwide and 1100 pudo smart lockers giving it unrivalled reach across the country.

“What differentiates us in the marketplace is the behind-the-scenes support and attention to detail customers receive from everyone in the organisation. We are a tight-knit family of employees and pride ourselves on excellence in all that we do,’ says Stephen Gleisner, Managing Director of The Courier Guy. 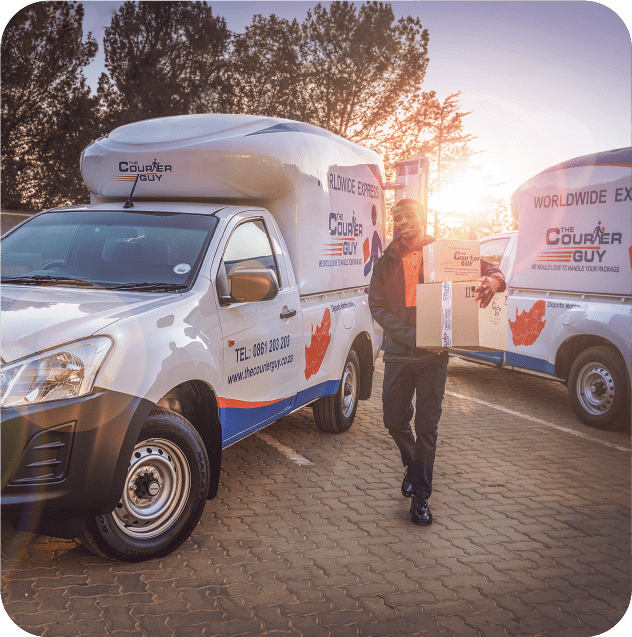 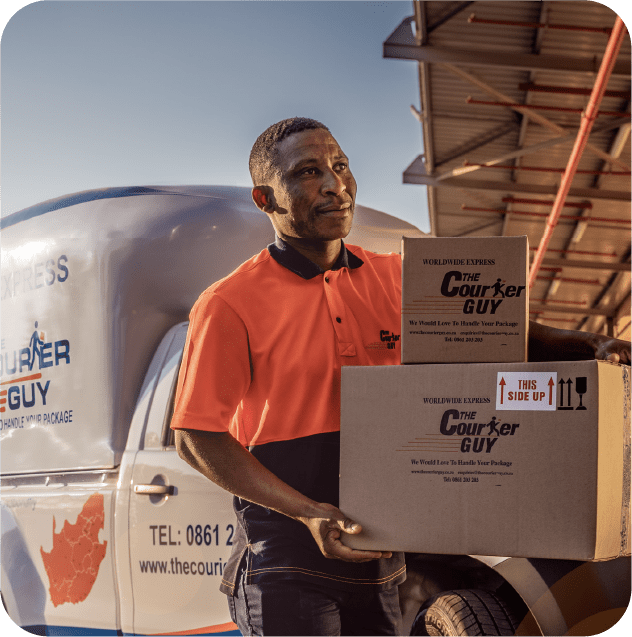 “What differentiates us in the marketplace is the behind-the-scenes support and attention to detail customers receive from everyone in the organisation. We are a tight-knit family of employees and pride ourselves on excellence in all that we do,’ says Stephen Gleisner, Managing Director of The Courier Guy.

The Courier Guy was facing a problem with drivers encountering dangerous situations including hijackings, armed robberies as well as breakdowns. Aside from the threat to life, these problems were also impacting operations. “The safety of our drivers is of the utmost importance to us and this was being compromised. In addition, our reputation for being reliable and on-time was also at risk and we needed to find a solution,” reveals Gleisner.

“After months of searching, that solution came in the form of safety and security marketplace AURA, which was selected to assist us due to its proven track record and large network of dedicated and vetted armed and emergency response providers.”

AURA, South Africa’s leading security response marketplace, provides businesses and their customers with fast, affordable and reliable private armed and medical response. It does this by enabling the user to access the closest vetted private security and medical response unit to their location via a connected device using machine learning and AI to draw on the widespread power of private security companies. The system ensures that the closest responders are dispatched to a distress call, anytime, anywhere.

Early in 2021, AURA partnered with TCG to help address the company’s issues with driver and customer package safety using a unique mobile panic app as well as a cutting-edge Internet of Things (IoT) linked panic button. “We designed a system specifically tailored to their needs, starting with a rollout of registering and issuing panic buttons to each driver,” says Warren Myers, co-founder and CEO of AURA.

TCG initially launched a proof of concept (POC) through AURA’s rAppid Panic app. The IoT panic buttons with both GSM and Sigfox modules and a battery life of three years were procured by TCG and the drivers were either pre-registered on the backend or given a coupon to access AURA’s customisable rAppid Panic app. The drivers then updated their details in the app, inputting a distress code and their vehicle details. The app was also used to link and unlink the panic buttons to a driver’s profile.

An important requirement for TCG was for the drivers to be able to activate a panic and armed response dispatch with ease in the event of a potential robbery..and AURA’s IoT panic buttons have provided the perfect solution to this, enabling TCG drivers to access emergency response services within minutes at the touch of a button.

After a successful six months, AURA’s response network showed value to the drivers, and TCG took the decision to have its own white label application developed by AURA in order to ease operational challenges. Once the white label was developed, TCG had access to the following additional tools:

“TCG now operates AURA’s full solution independently and over 500 drivers have access to quick response times nationwide, giving them the much – needed protection while they  complete their deliveries,” says Gleisner.

The solution allows drivers to immediately request rapid mobile emergency response in the event of an accident or the threat of a crime, such as theft or hijacking. “As soon as a driver activates the panic button, a payload consisting of the user’s name, phone number and updated location is sent into AURA’s API. Once received, via an aggregated network of 180-armed response companies across the country with live responder technology in their vehicles, all responders who are within 10 minutes (which is pre-calculated via Google Maps’ API) are immediately notified. The first responder to accept the panic response is then directed to the user via the fastest route.

According to Gleisner, AURA has given TCG huge peace of mind. “We have already seen a significant reduction in the number of incidents, which is a win for our valued staff and customers. It’s great to know our drivers and vehicles – vital components of our business – are well taken care of.”

AURA has also helped in preventing TCG from employing escorts for every single route. “We now have a response unit for all our vehicles, which has prevented us having to deploy additional vehicles. Fewer vehicles on the road is better for our ecosystem.”

Myers says AURA is looking forward to playing an even bigger role in delivering real-world innovation as it works on perfecting connected car integration, which will enable drivers to trigger an emergency response locally via a listening device as a completely hands-free solution to getting help in an emergency. “We are also enabling a multi-dispatch protocol on our platform, which will autonomously send multiple responders to all potential exit routes around an incident so criminals cannot escape. AURA’s aim is to make it very difficult to be a successful criminal in South Africa,” says Myers.